The City Council (a.k.a. Board of Aldermen) is responsible for budgetary decisions, tax and revenue decisions, and all personnel decisions including appointing members to the Board of Adjustment and the Zoning Commission.

Council Members serve two year terms as defined under the Texas Local Government Code. The Mayor and City Council can be contacted through City Hall at (210)494-3671 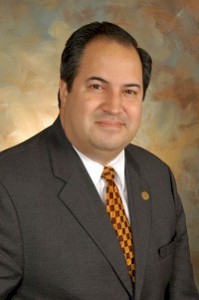 Gabriel Durand-Hollis, FAIA, is a 1981 graduate of the University of Texas at Austin (B. Arch),  and firm owner of Durand-Hollis Rupe Architects  since 1986 in San Antonio, Texas. Gabriel has helped shape the profession to create positive change and instill responsibility for the future by striving for improvements to our built environment and our communities. He is an active member in several professional, medical, and governmental positions.

Bachelor of Architecture, University of Texas at Austin, 1981

Registered Architect in the states of: Texas, Colorado, Illinois, Pennsylvania

Registered Interior Designer in the state of Texas No. 908

Mayor of the City of Hill Country Village, Texas 2012-present

Treasurer of the American Institute of Architects (2012-2013 term)

Elected to College of Fellows, American Institute of Architects, 2003

Liaison to the AIA’s International Committee, 1997-99

Member of the Board of Directors, Methodist Healthcare Ministries, 1992-2002

Member of the Board of Directors, Methodist Healthcare System, San Antonio 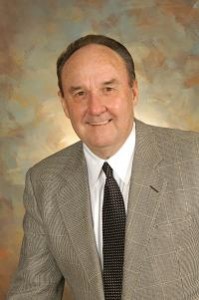 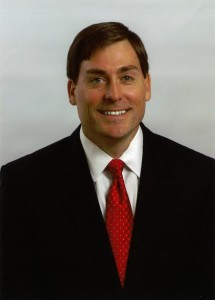 Prior to joining the family business, Matthew served as the Legislative Director and Chief Counsel for United States Senator Kay Bailey Hutchison in Washington, D.C. from 2005 to 2010, and was responsible for leading the Senator’s legislative activities and policy initiatives at the highest levels of government.  Matthew is credited with many legislative accomplishments, including securing tax relief for Texas taxpayers and industries, as well as successfully negotiating a complex legislative solution to a long-running dispute in North Texas involving two of the nation’s largest air carriers.  Matthew also played a key role in Senator Hutchison’s amicus brief to the U.S. Supreme Court in the landmark gun rights case District of Columbia v. Heller, where Sen. Hutchison led 54 fellow Senators and 250 Members of the U.S. House of Representatives to join in urging the Supreme Court to uphold the Second Amendment by striking down the D.C. gun ban.

Matthew participates in many industry-affiliated and charitable organizations, including service as Vice Chairman of the Make-A-Wish Foundation of the Texas Gulf Coast and Louisiana.  Matthew has also served on the Board of Directors of the Federal Bar Association, where he served as Chair of the Younger Lawyer’s Division.

Matthew has lived in Hill Country Village since 2013 with his wife Kelle and his two young boys. 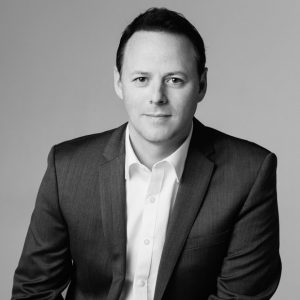 Tom Doyle is the National Director of Sales for The Gambrinus Company in San Antonio TX, with responsibility for leading a team of 80+ sales professionals driving sales of Shiner, Bridgeport, and Trumer brands across the US. Tom brings to the position a successful track record of more than 20 years that includes high-profile leadership positions and recognized sales achievements in the beer industry.
Driven by a strong sense of urgency and incredible determination, he enjoys and thrives on challenging situations. He is at his best when turning uncertainty and chaos into order and harmony. Personable, resourceful and innovative, he always searches out new ways to improve operations and elevate best practices.
Tom joined Gambrinus in 2016 after a twenty year tenure at A-B Inbev where he learned the sales side of the beer business from the ground up, starting with A-B right out of college. Prior to his current position at Gambrinus, he served as Vice President of A-B InBev’s High-End Division located in NYC and VP of Sales for the Midwest, where under Tom’s leadership, that region led the country in high-end sales growth of +18%. He also served in the North East for 9 years in a number of key positions including: Sales Director for MA/RI, and ME/NH/VT, General Manager, and Geographic Marketing Manager.
Tom has volunteered for the Living Lands and Waters Mississippi River Cleanup and Habitat for Humanity.
Tom resides in Hill Country Village, TX with his wife, Erin, and their four teenage children. When not working, Tom enjoys watching NHL hockey, working around his property, and attending his kids’ sporting events. 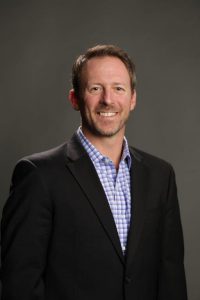 Neal E. Leonard is CEO of Leonard Holding Company, a third-generation family business, which owns and operates several different business interests. Surlean Foods is a total food solutions provider to the restaurant and retail segments of the food business in two locations, San Antonio and in Dallas. New Earth recycles organic waste materials into over 15 different types of garden soils and mulches in three locations, San Antonio, Houston and now in Katy. Leonard Holding Company also believes in giving back to local organizations to help create stronger families and better communities. Leonard Holding Company organizes its giving for the family of businesses through the A.E. Leonard Family Giving Council. The Family Giving Council (FGC) is named after the founder Al E. Leonard and the council was formed with some of his grandchildren.
Prior to becoming CEO, Neal gained invaluable experience by working in almost all aspects of the business including Production Supervisor, Cattle Buyer, and Vice President of Sales.
In addition to the operating companies, Leonard Holding is involved in several real estate ventures as well as various venture capital investments. He currently serves on the Board of Jungle Disk, a management-led buyout of a division of Rackspace (RAX).
Neal is also involved in the community of San Antonio and served as President for the Transplants for Children organization from 2005 to 2007. A non-profit that serves families of children whom have had organ transplants in South Texas. He is former Board Chair of Respite Care of San Antonio. A foster home for special needs children. He has also served on the National Alumni Board for Texas Tech University.
Born and raised in San Antonio, Neal went to college at Texas Tech University. He graduated in 1995 with a Bachelor of Science degree in Agricultural Economics. He recently completed his MBA at the SMU Cox School of Business in May 2011. Neal is married to his wife Megan. They have 4 children, Walker (19), Lexi (16), Jaidyn (7) and Crew (1). In his spare time Neal enjoys golf, hunting, fishing and is an avid runner. 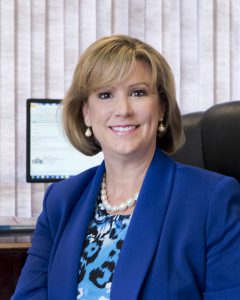 Allison Francis is the Vice President of External Relations at The Center for Health Care Services (CHCS), the mental health authority for Bexar County. Opened in 1966, CHCS has an operating budget of $104 million and over 1,100 skilled and compassionate team members who help people find the solutions they need to live healthy and productive lives. CHCS provides treatment programs for mental health, substance use disorders and Intellectual and Developmental Disabilities to children and families at 31 locations in Bexar County.
Allison joined CHCS in 2013 and is responsible for developing and implementing The Center’s marketing plans, communication strategies and branding activities. She also advances the legislative priorities of CHCS at the local, state and federal levels and oversees The Center’s 501 (c) 3 Foundation. Under her leadership, the External Relations Division manages all advertising, marketing, public relations, internal and external communications, community outreach, tours and volunteer activities at CHCS.
Allison has an extensive background in government relations, previously serving as the Manager of Local Government Relations with the San Antonio Water System and as Chief of Staff to two San Antonio City Council members and one Bexar County Commissioner. She has been actively involved with a wide range of nonprofit and civic organizations, and currently serves on the Board of Directors of the West San Antonio Chamber of Commerce (Acting Secretary), North East Education Foundation and The San Antonio Clubhouse.
A native San Antonian, Allison graduated from The University of Texas at San Antonio with a B.B.A. in Marketing. She is the proud mom of three children: Ryan (25), Austin (23) and Elizabeth (21), and has lived in Hill Country Village with her partner Kirk Francis since June, 2017. In her spare time, she enjoys cooking, gardening and spending time at her family vacation home in Rockport, TX.

Find out what is happening with your city. Attend a City Council Meeting. View the City Master Calendar to find future meeting dates and times. City Council meeting agendas and approved minutes are available on this web site.